Nhà Sàn Collective (NSC) began operating as an independent artist collective in Hanoi in 2013, when a group of friends set up their publicly accessible space. With or without a physical base, NSC has worked with fellow companions and collaborators to organize exhibitions, workshops, film screenings, talks and other activities as a supporting platform for artists in the community. An initiative for exchanges, expansions and connections. A place that's also open toward works-in-progress and the unexpected, a just-do-it attitude which doesn't always yield answers. Some of the Collective's main projects, which have been held on numerous occasions, are Skylines With Flying Peoplee, IN:ACT Performance Art Festival, Queer Forever!, Emerging Artists program, among others.

The name Nhà Sàn signifies the Collective's foundation which is rooted in the spirit of Nhà Sàn Studio, an artist-run space founded in 1998 in Hanoi. The original Nhà Sàn, a house on stilts, was taken in 2020. In the Ngoc Thuy area by the bank of the Red River, the artists imagine this house to become the Nhà Sàn Collective space, rebuilt, and transformed.


Nhà Sàn Studio (NSS) was founded in 1998 by artists Nguyễn Mạnh Đức and Trần Lương. It was the first and is, to date, the longest running non-profit experimental art space in Vietnam. The studio nurtured several generations of the most imaginative and daring contemporary artists in the country.

The studio, housed in Nguyễn’s family home, is a Mường ethnic minority house on stilts that was transplanted from the mountains to a neighborhood in the outskirts of Hanoi. Opening intermittently, Nhà Sàn created space for experimentation and community.

Nhà Sàn Studio quickly became a nexus for international art exchange: hosting lectures, and workshops, sound, video, installation and performance art. Along with providing artists with the chance to experiment with art forms distinct from state pedagogy and commercial markets, Nhà Sàn connected local artists with opportunities for exchange abroad, and hosted a wide range of international projects, and artists in Vietnam.

In 2011, the studio closed indefinitely due to pressure from authorities.

Since the closure of Nhà Sàn Studio in 2011, following the spirit of artistic creativity and freedom, the young generation of artists re-activated Nhà Sàn by a series of mobile and guerrilla projects in public space as well as large scale projects with international institutes in Vietnam and abroad. In 2013 the group formed Nhà Sàn Collective, which supports each other in pushing the boundaries of expression in Vietnam as well as seeks and nurtures other young artists in the community with or without a physical space.

Nhà Sàn Collective relies on volunteering, private donations, and support from cultural institutions both local and abroad to operate.

When the website was established in 2015, it presented 13 artists. Since then, Nhà Sàn Collective has continued to work with many friends, artists and collaborators.

In 2015, a board of curators was formed with


Nhà Sàn Collective has been generously supported by


In 1998-2007, artist-curator Trần Lương was responsible for Nhà Sàn programs. Later, in 2008-2011, artist Nguyễn Mạnh Hùng was Nhà Sàn’s artistic director. We want to send our special thanks to Lê Thuận Uyên for being our general manager from 2014-2016, and Châu Hoàng for being our assistant curator from 2014-2016. Thanks to the contribution of Nguyễn Quỳnh Chi, Thạch Kỳ Nam who helped us in founding the collective and searching for a new space in 2013-2014.


Our apologies if we’ve missed anyone on this list. 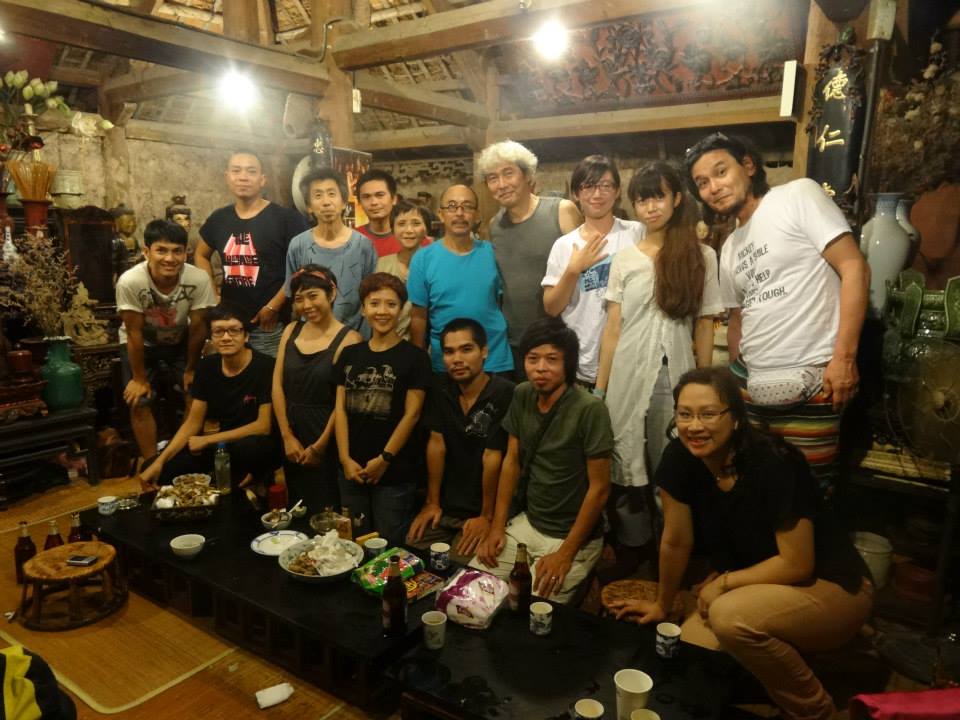 Upstair is the meeting space where artist Nguyen Manh Duc and his wife, Me Luong (meaning mother of the artist) often host dinners and parties for artists in their guest room filled with Duc’s antique collection 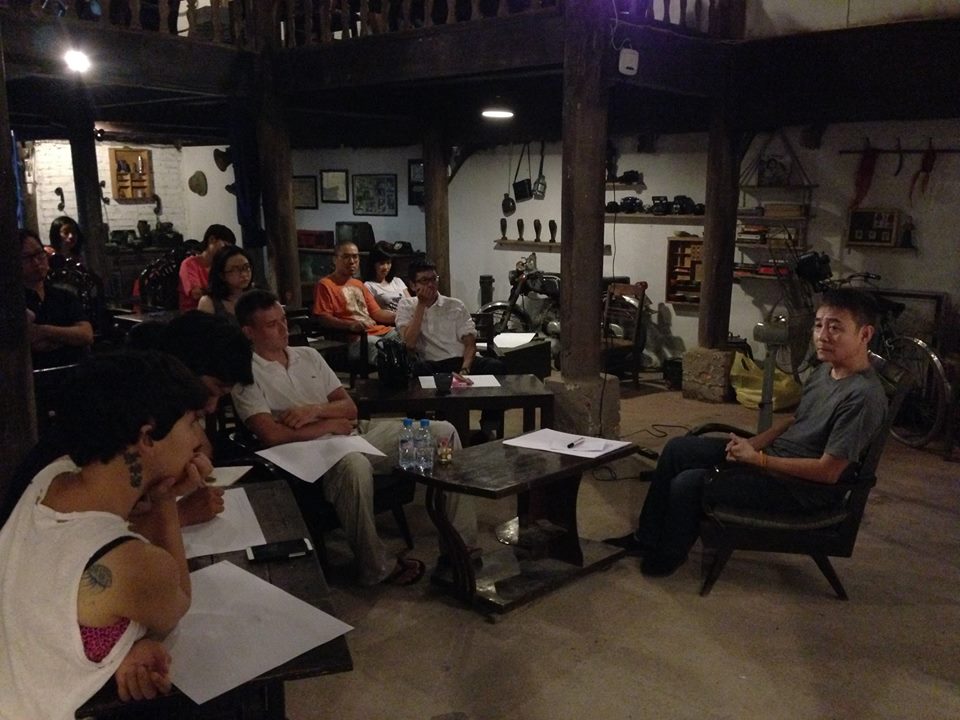 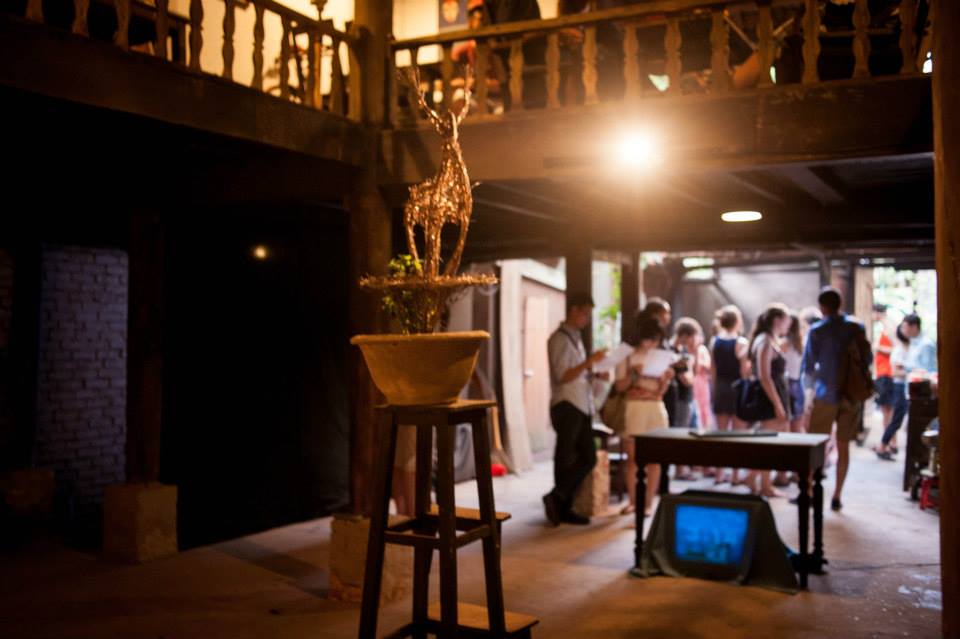 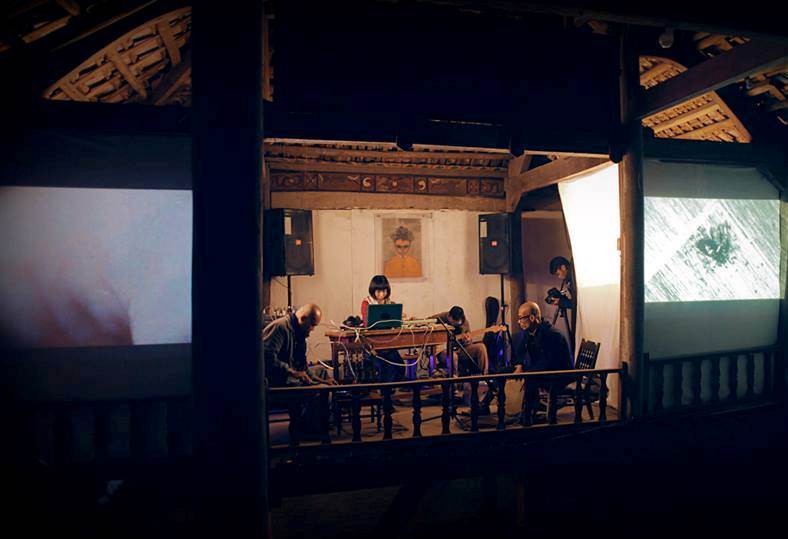 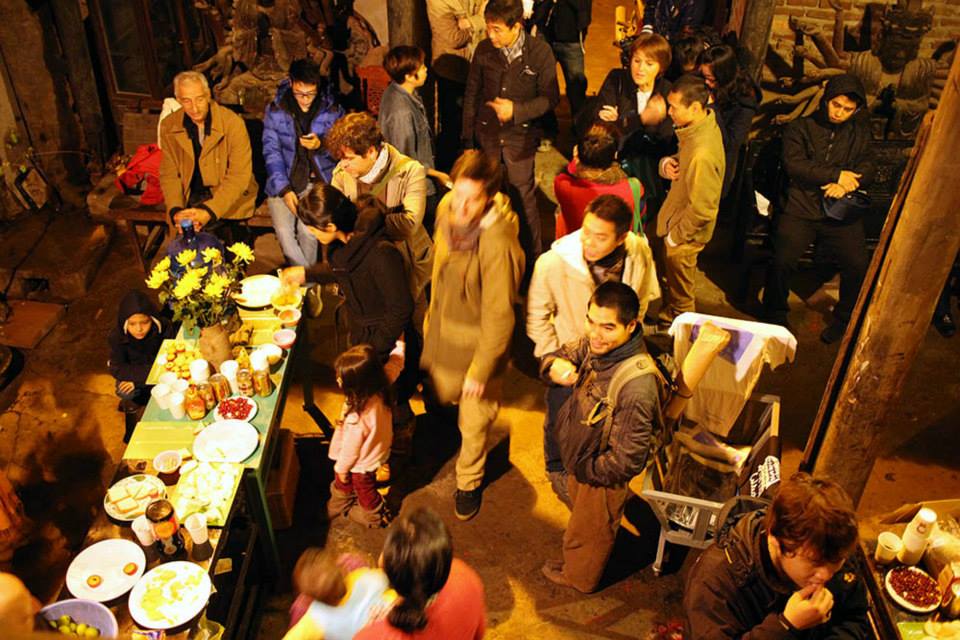 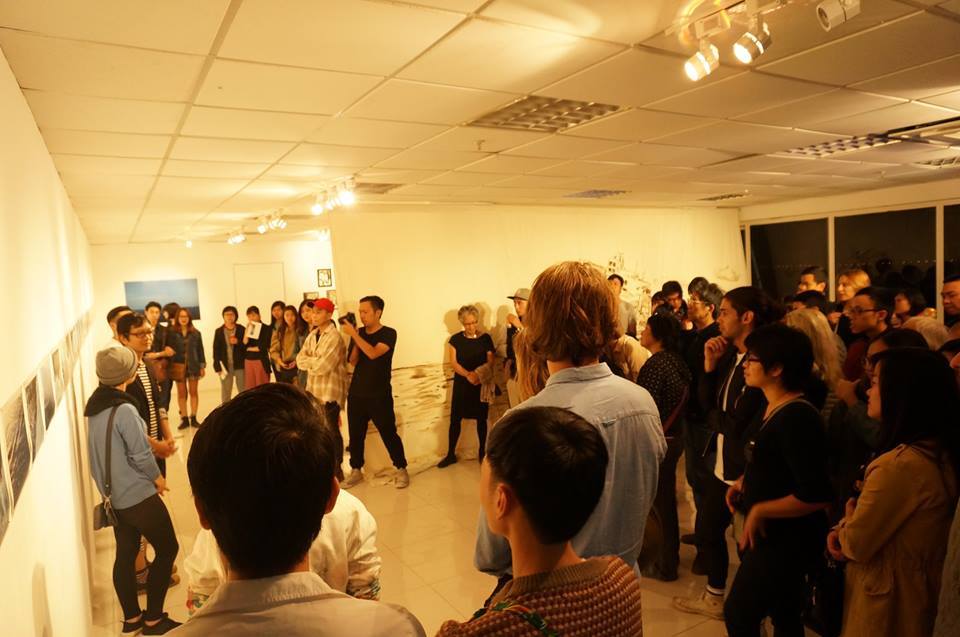 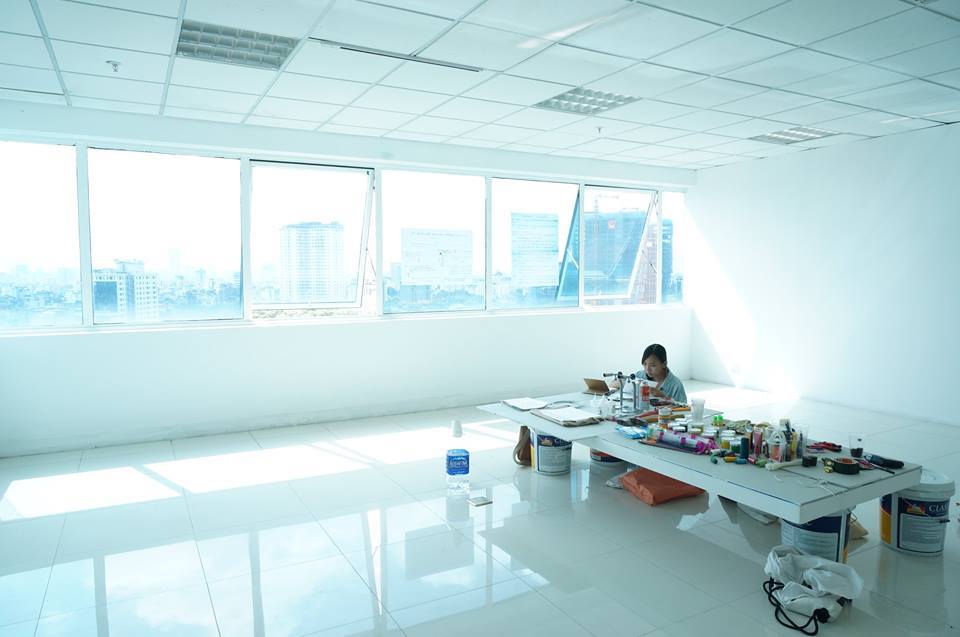 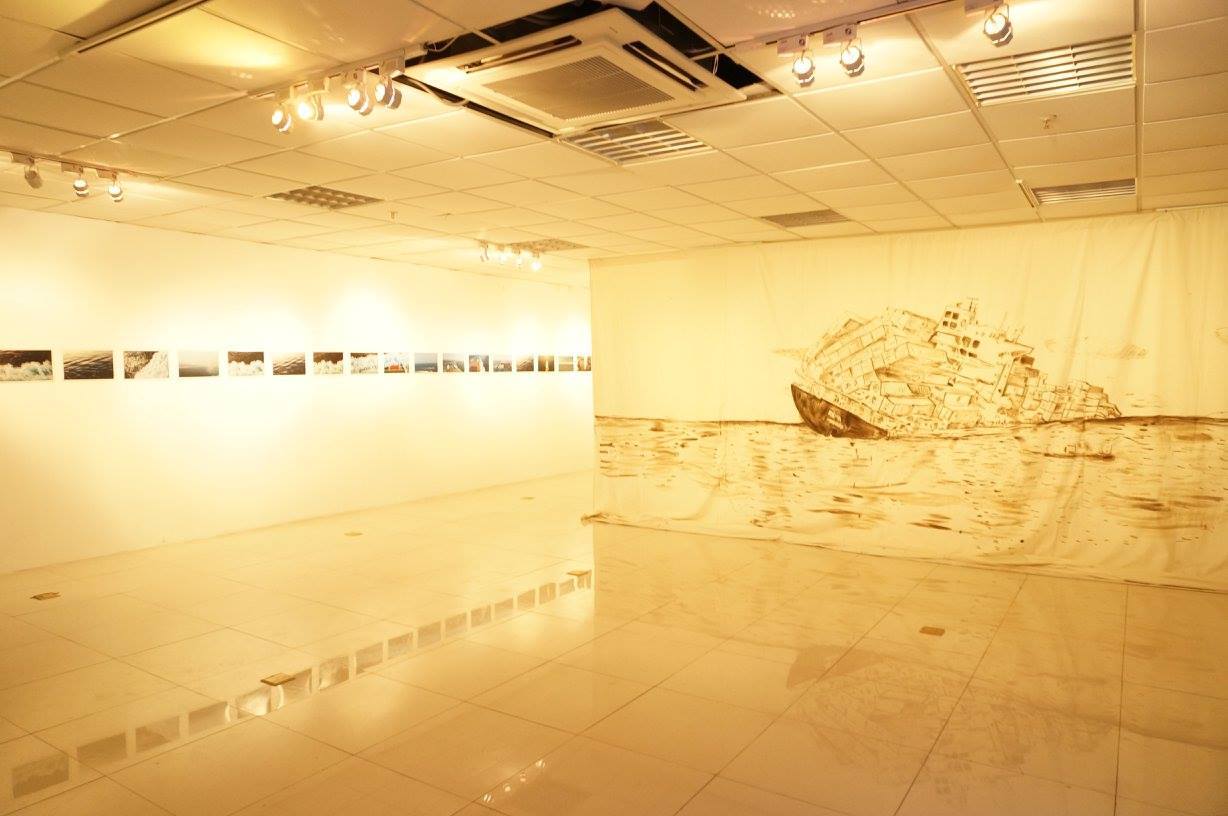 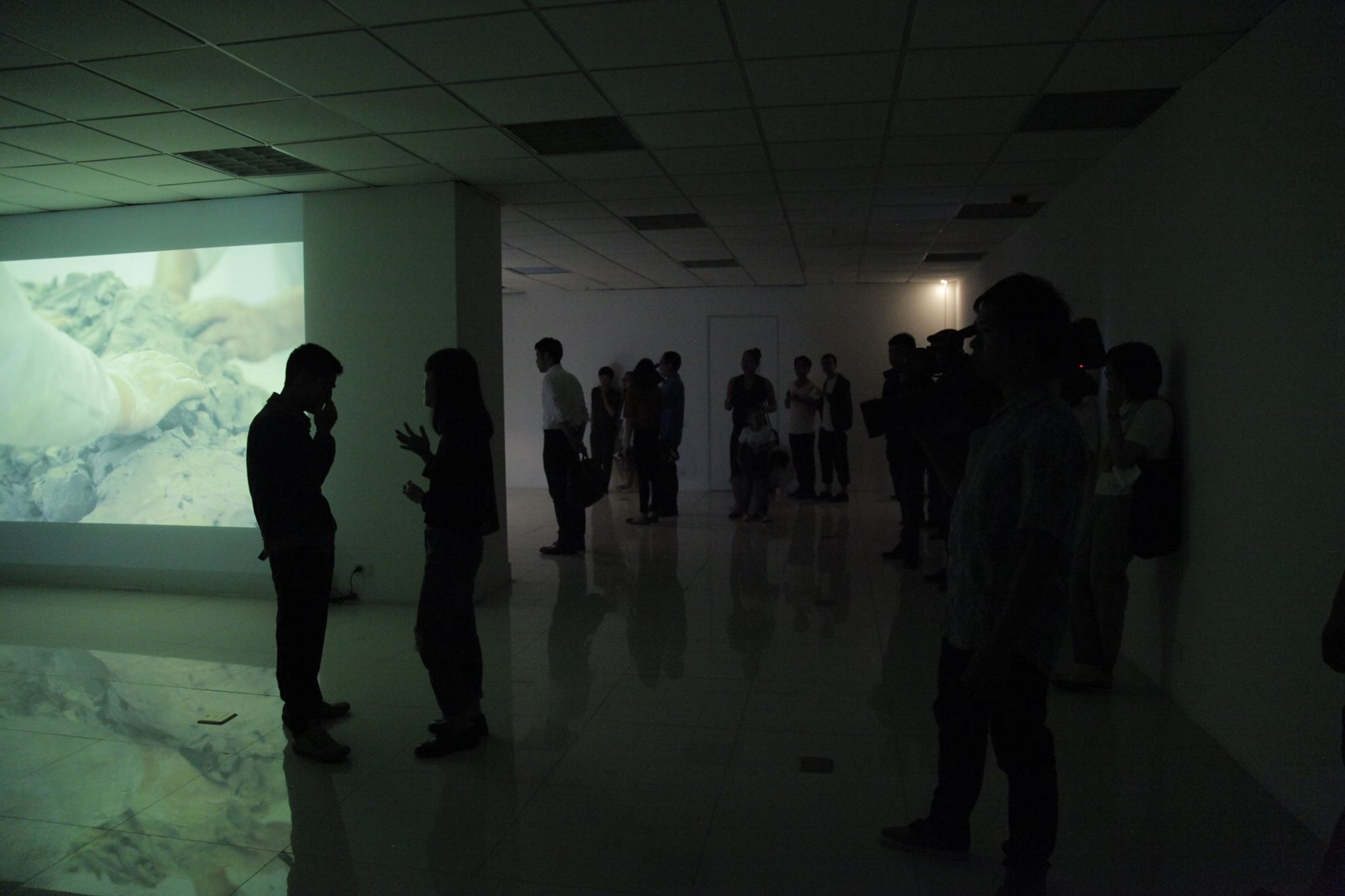 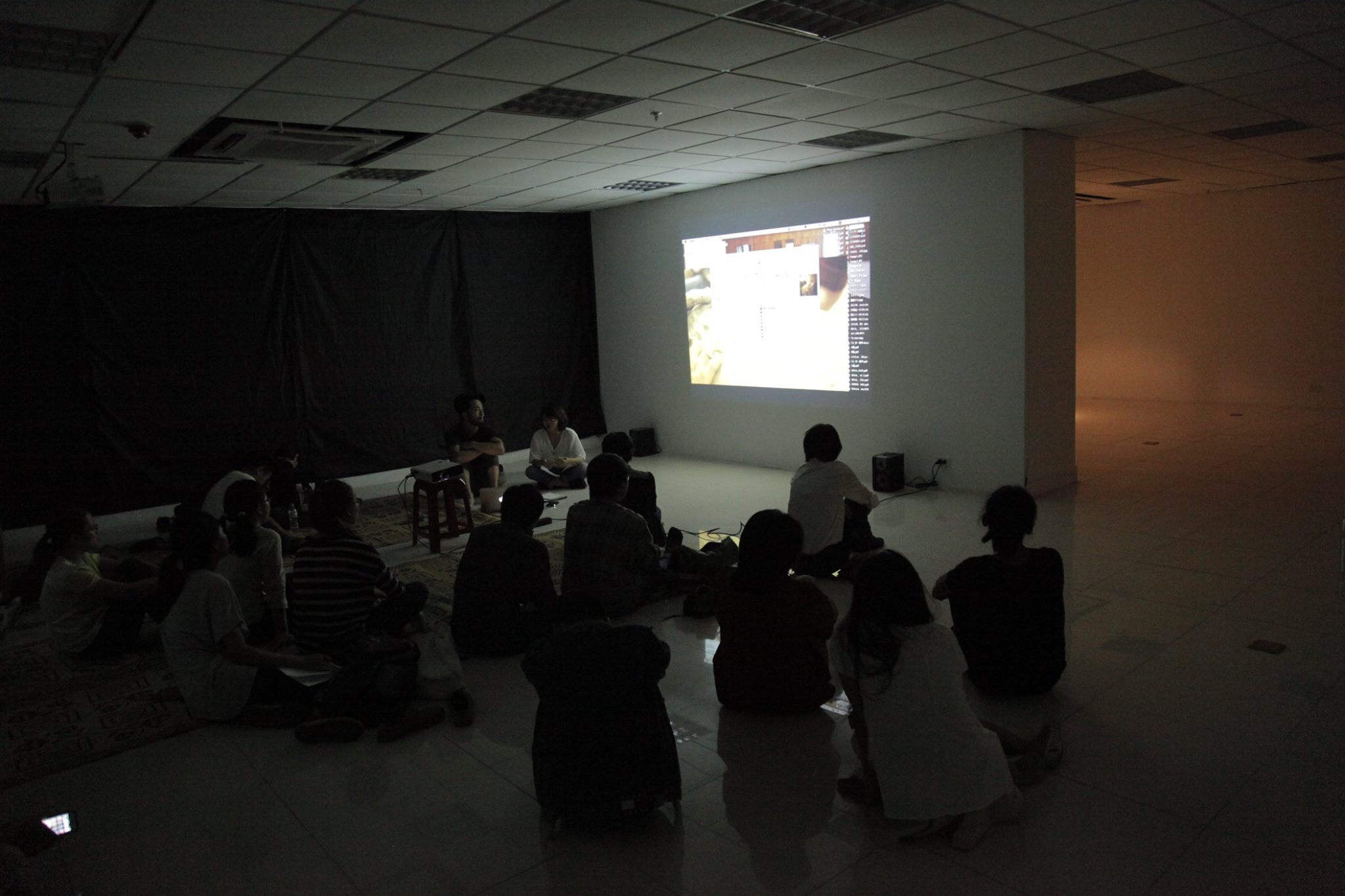